Bhutan is unlike the average tourist place, It is popularly known as ‘Land of Thunder Dragon.’ It is a landlocked country situated in the Eastern Himalayas, bordered along the People’s Republic of China to the north, having India to the south, east, and west.The land consists mostly of high and steep mountains crisscrossed by a network of swift rivers, which form deep valleys. The country has the world’s highest unclimbed peak, Gangkhar Puensum, at 24,836 feet.

The most popular & major festivals of Bhutan 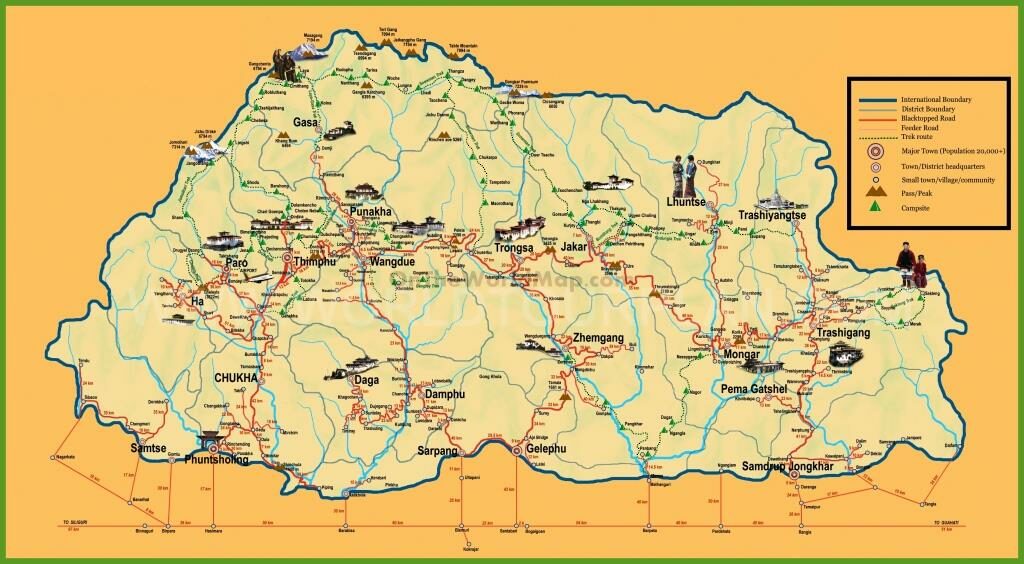 Customs
Visitors are required to complete a passenger declaration form for checking by concerned officers on arrival. The following articles are exempted from duty :-
a). Personal affects and articles for day to day use by the visitor
b). 1 litre of alcohol (spirits or wine)
c). 200 cigarettes, on payment of import duty of 200%
d). Instruments, apparatus or appliances for professional use
e). Photographic equipment, video cameras and other electronic goods for personal use .

The articles mentioned under d). & e). must be declared on declaration form. If any such items are disposed in Bhutan by sale of gift, they are liable for custom duty. On departure, visitors are required to surrender their forms to the Custom authorities.
Import / export restrictions

Import and Export of following goods are strictly prohibited :

a). Arms, ammunitions and explosives
b). All narcotics and drugs except medically prescribed drugs